CASD currently faces a $3M budget gap and must make challenging and possibly controversial decisions in an effort to close it. (Kate Muir)

CASD currently faces a $3M budget gap and must make challenging and possibly controversial decisions in an effort to close it.

The Carlisle Area School District, for the sixth year running, has a budget gap of $3 million dollars.

A budget gap, or the void between the planned spending and the revenue, means that the district has budgeted to spend $3 million more than the district will receive.

This is not a simple problem to solve, according to Paula Bussard, the president of the CASD school board.

”In a district with more than 5100 students with a lot of different needs, it is always a balance, especially since the recession,” Bussard said.

In 2012, Carlisle’s budget gap was $700,000, and over the past seven years it has grown into the multi-millions, despite many budget-cutting actions that have been taken on over the past few years.

Carlisle Area School District has attempted to lower costs by outsourcing a variety of positions; substitutes and newer classroom aides, for example, work for Mission One, an outsourcing company.

“The savings come by reduction of those costs [healthcare and retirement],” said Shawn Farr, CASD director of finance. “Employees go out to those companies and are offered a medical coverage that is not as full-covered as ours, so they may pay more.”

Farr added, “Five years ago we contracted out food service operations to Chartwells, we then looked at custodians. [Three years ago, we] ended up contracting out evening custodial staff in the evening, where the bulk of the cleaning that happens […] Then we started using a placement service for substitute teachers.”

Farr said that more recently, the district has begun looking at cost-cutting measures regarding instructional aides.

“In 2017, we began attrition with our aides, which means that when an aide leaves, we don’t hire a replacement; we contract them out with the service,” said Farr.  “What was proposed for 2019-20 was taking the remaining employees and transitioning those employees to a service.”

In response to this proposal, there have been many emotional statements made by school aides and parents of students that have worked with the aides, asking the school board to vote against the motion to outsource their positions, reasons being the lack of consistency with outsourced aides, the impact of aides on students, and the lower benefits they would receive with Mission One.

“The biggest negative that I see for the aides is the loss of health insurance benefits for their families,” said Tori Smarr, a parent of a child in the life skills program at CHS and a substitute at CASD. “These ladies are not paid a high hourly wage; however, most of them feel that the medical benefits make up for the low wage. This allows them to stay in a job they love with children instead of seeking a higher paying job elsewhere.”

Smarr is especially concerned for the aides in the special education department, as she fears that the quality of care in the department might go down.

“I am very concerned about the possible loss of our qualified and well-trained aides in our special education department,” said Smarr. “Our current special education aides at the high school also put in unpaid time each day by coming in early to make sure students can get into the building and to their classroom as well as staying after school to make sure that every child is put on the correct bus.  The school day runs 7:30-2:30 for them but they usually come in from 7:15-3:00. I don’t feel that outsourcing inspires that kind of loyalty to the district.”

On February 14, the district administration proposed a plan to the school board that, if approved, the plan would close our gap and save the district in total $3,095,000.  The cost-cutting measures implemented would bring major changes throughout the district.

The first step of the proposed cost-cutting plan is to extend the life of laptops at the middle and high school to 5 years, which should save the district about $200,000.

While they were not introduced to save the district money, Farr believes that if used properly they could.

“Technology hasn’t saved us much money but it’s really about how do students learn today,” Farr said. “Ideally, we would reduce paper consumption, but we haven’t seen that yet.”

Another part would be waiting to buy instructional licenses for a year, which would save CASD $60,000. The district also plans to defer some maintenance projects by a year, saving $300,000.

The district also would reduce the number of students going to outside facilities for the school, including River Rock and Diakon, by four students, saving the district $100,000.

The district would restructure staffing in support positions and reduce the number of teaching positions by 6.  These combined actions would save the district $1,130,000.

The final short-term change for the district would be an increase in property tax to 3.0%., adding $1,305,000 in revenue to the budget.

If approved, these would go into effect over the next few months and years. They will be voted on during an upcoming school board meeting.

These changes, if approved, would close the district’s budget gap; however, many consider them to be too high of a price to pay for going under budget.

“I do hope that the school district can find other alternatives to outsourcing, maybe the state government will finally give additional and much-needed funding to our school,” Smarr said.  “I know that this is not an easy decision for them and they would much rather things remain as they are.”

At the school board meeting on Feb 21, there was a proposal presented by Ann Marie Chaney, as a representative of the aides, in which they outlined ideas gathered from aides and classroom teachers across the district.  These ideas included reducing the number of school days to the mandated 180 days, reducing the number of high school principals from five to four, and a pay freeze for administrators.

Superintendent Christina Spielbauer indicated at the meeting that they would take these, and other ideas yet to be presented, into consideration before making a final decision.

The CASD school board will make decisions within the coming months to close the budget gap. Those who are interested in commenting on the issue can visit any of the upcoming school board meetings, which take place on the third Thursday of every month.

3 Responses to “Mind the gap: Addressing the $3 million budget gap” 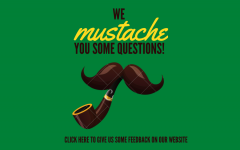 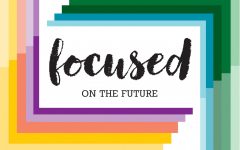 Spring sports at CHS in jeopardy of being cancelled