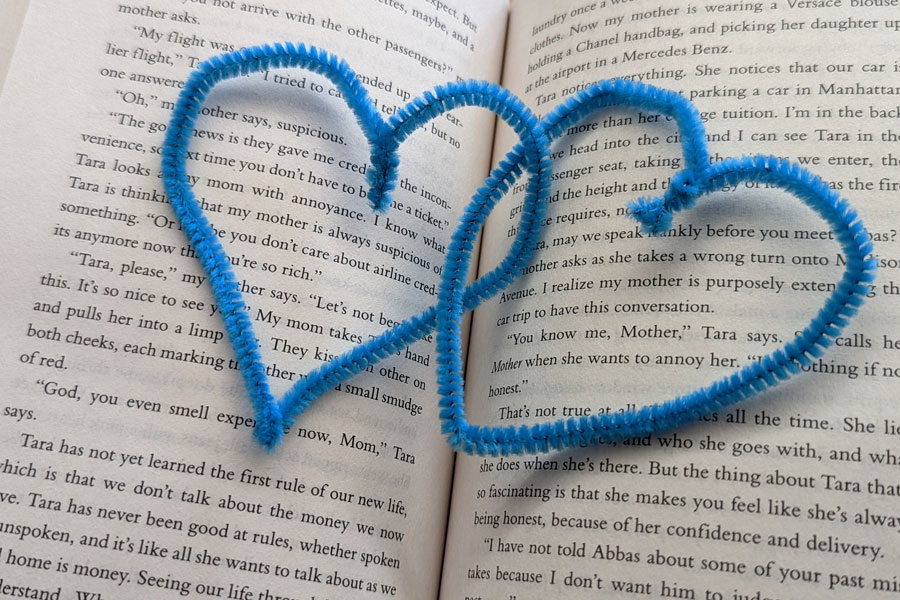 FEELING BLUE? If you’re looking for a distraction this Valentine’s Day, here are a few books to take away the blues. (Kate Muir)

FEELING BLUE? If you’re looking for a distraction this Valentine’s Day, here are a few books to take away the blues.

Not feeling all the hearts and flowers this year? Check out writer Kaylea Martin’s suggestions for books to help you beat the Valentine’s Day blues!

The Love Con by Seressia Glass

The Love Con by Seressia Glass

I loved this book so much and I could give a list of reasons why. It reminded me of The Cheat Sheet by Sarah Adams because the tropes were so similar; best friends for most of their lives turn lovers and fake dating, except the CS main charactesr were passionate about sports and ballet, these ones were all about cosplay. The main female character, Kenya, is sassy, sweet, and determined. She has grown up loving anime, gaming, and cosplay and tried to transform her love of cosplaying from a hobby to a career. 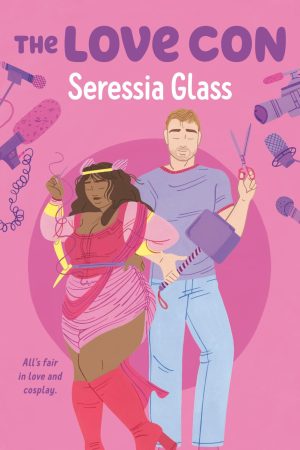 She entered a reality show competition Cosplay or No Way, and now that she has made it to the final round, iconic duos, it comes with a huge catch: The judges want her to partner with her significant other. The catch: she has no significant other.

Enter Cameron, her best friend, and the main male character. He shares some of the same passions as Kenya and is super caring and protective. He’s surprised, yet relieved, when Kenya declared that he was her partner on national television.

They both agree to begin a fake relationship in order to win the competition, however, there’s a T.V. crew that will be following them around to document their work and their “very real” relationship. What happens when the truth comes out? And what happens if the lines between real and cosplay start to blur?

I loved how Kenya and Cameron respected one another, always gave each other a safe space, and continuously fought for one another. The development from friendship to relationship didn’t seem too slow or fast.  A quote I really adored was, “He’d pretend to pretend he was her boyfriend. He’d help Kenya win the competition, and then he’d win her heart.”

This is a perfect V-Day read if you’re looking for a cute read with the basic “I’ve always loved you” trope and minimal drama between the main characters.

Not Here to be Liked by Michelle Quach

Not Here to be Liked by Michelle Quach

This book was a slow burn, especially because it was sort of like an enemies-to-friends-to-lovers trope. It reminded me of the movie Moxie because it’s about a teen who also starts a feminist movement. 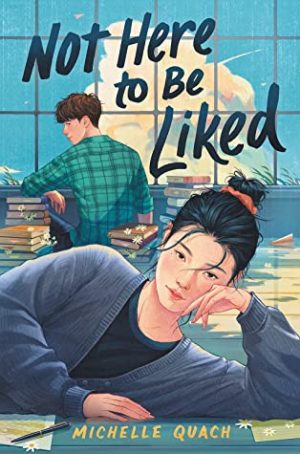 Eliza Quan is the only candidate to run for editor-in-chief of her school newspaper, until an ex-baseball player, Len DiMartile, decides to run against her. Her qualifications mean nothing to the rest of the staff because Len is tall, cute, male, and seen as more of a leader. This causes her to write a manifesto, or essay, to basically say the school is sexist and she should’ve won the position. This manifesto gets published without her knowledge and this starts a feminist movement.

Now, Len and Eliza have to start working together to show that they can be civil, and eventually, they’re able to build a friendship, but what happens if she realizes that Len’s more than just an ex-jock? And what if Len is able to see beyond the serious and bossy front Eliza puts up? Even worse, what happens when Eliza realizes that she just might be falling for the boy who caused the patriarchy himself?

I liked how this novel focused on feminism and how the romance didn’t happen until about halfway through the book. Eliza was a closed-off character and didn’t really care if others liked her, so letting Len in suddenly would have been weird for her. She showed how real and confusing it can be while being a feminist, like she didn’t know what exactly made a feminist, and she didn’t want to be a bad role model either or be disrespected for wanting something, so, when she finally did let Len in, the time felt right because she thought it over time and time again. I also liked that Len was able to get her out of her comfort zone to try new things and shake her everyday life up and was blunt about the things he wanted.

Okay, I didn’t think I was going to like this book, but I really did.  I’ll basically read anything fantasy, and this book had an arranged marriage and enemies-to-lovers trope, a little bit of fluff, revenge, betrayal, and all that good stuff that’ll keep me hooked and read in a day. It’s book one in the series and the first two books follow the same main characters, Lara and Aren.

Lara, the main female character, is so strong, caring, and determined. She has been trained to be a lethal spy for 15 years, so when the time comes for her to marry Aren, who is the king of the Bridge Kingdom, she would be able to dethrone him and take the Bridge for her country. She’s grown up believing that Arens’ kingdom was an enemy who is greedy and evil because that was what her father and teachers told her. However, things aren’t always what they seem. Aren, who is the king of Bridge Kingdom, is seen as cold, dangerous, and evil, but behind that façade, he’s cocky, passionate, and would do anything for his kingdom, just like Lara.

I liked how Lara went from wanting to destroy Aren to protecting him. The same for him, Aren wanted someone who could challenge him and fight alongside him for the kingdom, and he believed that person wasn’t Lara, so I liked how she slowly proved him wrong. I also really liked the action scenes.

These two quotes I especially loved because I think they show the difference between Lara’s mindset from the beginning to towards the end.

“Biting the insides of her cheeks, Lara struggled to contain her grin. This man might be a hunter. But he was mistaken if he believed she was prey.”

Not too focused on the romance until later on in the book, lots of action and suspense.

Alone With You in the Ether by Olivie Blake

Alone With You in the Ether by Olivie Blake

For me, this started off a bit slow, but once I was able to get into it, I started to really like the writing style and how the characters were portrayed. It’s split into 6 parts, the first part is their lives before they met, and the rest are the after. 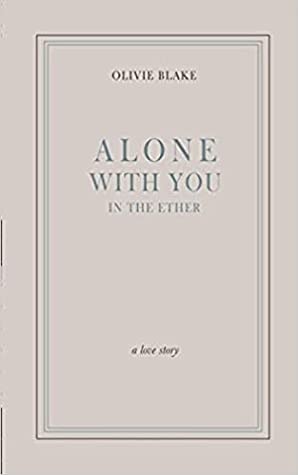 This is the kind of book where it’s for hopeless romantics. And I don’t know how to describe it other than in monosyllables. The characters Aldo and Charlotte are so complex and messy.

These two people, Aldo and Charlotte, meet in the armory of the Art Institute. Aldo is a doctoral student who has destructive thoughts with a hyper-focus on time travel. Charlotte is a bipolar counterfeit artist with a complicated family life. They both have their own flaws, which causes trouble once they meet and everything changes.

A quote I loved was,, “She is in all of his spaces and all of his thoughts. He contemplates formulas and degrees of rationality and they all turn into her. He thinks about time, which has only recently begun, or at least now feels different. He thinks: the Babylonians were wrong; time is made of her.”

Leave a Comment
Donate to Periscope
$165
$500
Contributed
Our Goal 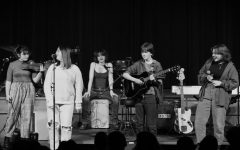 May I Have a Refill?: A Review of CHS Coffeehouse’s 2023 Winter Show 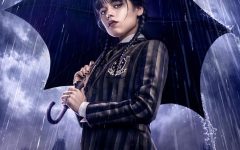 Woe of A Kind: Wednesday Takes Netflix by Storm

I’ll Give You the Sun by Jandy Nelson – Book Review

It Starts With Us: a sequel falls short 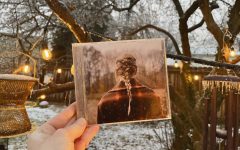 I’ll Give You the Sun by Jandy Nelson – Book Review

It Starts With Us: a sequel falls short 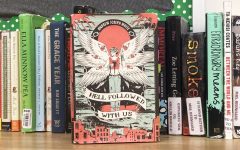 “Hell Followed With Us” by Andrew Joseph White (Review) 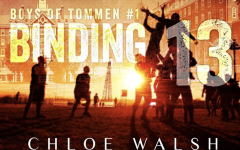 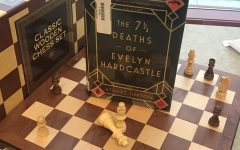 A Pawn in Someone’s Game: “7 1/2 Deaths of Evelyn Hardcastle” (Review)