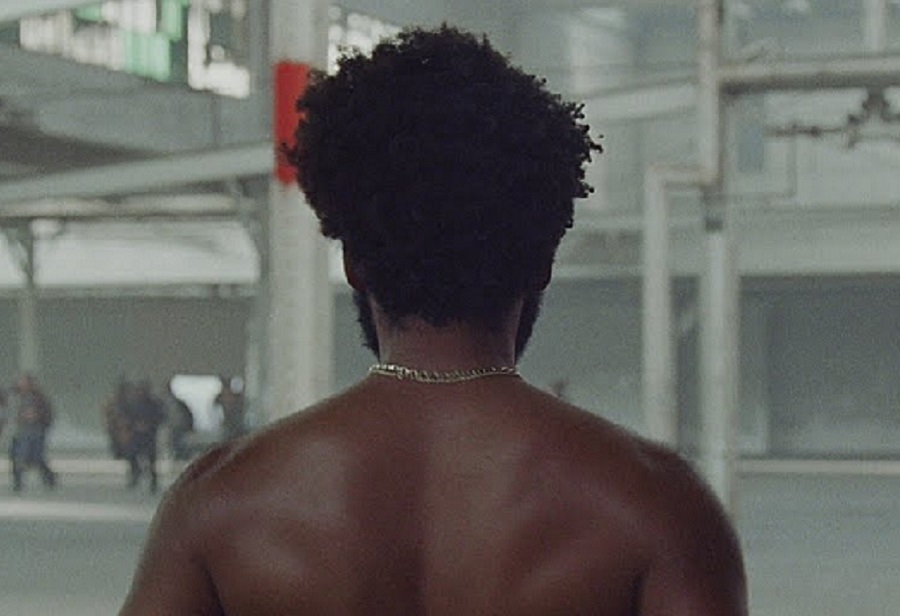 The music video "This is America" by Childish Gambino sheds a light on heavy topics in our society. The message is clear when watching it for the first time, but there is much symbolism subtly hidden in the video's content. (Official music video)

The music video "This is America" by Childish Gambino sheds a light on heavy topics in our society. The message is clear when watching it for the first time, but there is much symbolism subtly hidden in the video's content.

“This is America”: a brutally honest reflection of society (Review)

To gun violence, discrimination, racial tensions, murder, drug addiction, technology addiction, and death: this is America, or at least for Childish Gambino.

Social media has been blowing up over the release of Donald Glover’s, better known as Childish Gambino, new song and music video “This is America.”

There is much to be analyzed in the video, as it contains many hidden symbolic meanings.

As the song opens, the setting takes place in a warehouse and a man named Calvin Winbush walked towards a guitar to sit down and starts to strum along with the music. The camera then pans towards Childish Gambino who is wearing gray pants and shoes that closely resembles Confederate soldiers’ uniforms.

He begins to dance and walks to the chair where the man’s head is now covered by a bag. Childish Gambino stands behind the chair that conveys the character Jim Crow, which is the former practice of segregating African-American in the United States, and pulls out a gun to shoot the man.

The gun is then taken away carefully in a piece of red cloth and the body is then dragged carelessly by two men. These actions resemble how America cherish guns and have more respect for weapons than actual people.

Childish Gambino continues to dance but his dancing is mimicking the theatrical style of blackface where non-black performers paint their faces with black makeup and acted out as an exaggerated stereotype of African-Americans in America.

Soon a group of five African-American teenagers dressed in stereotypical school uniforms appears behind him. They are dancing and smiling while chaos and destruction occurs in the background.

This has two different symbolic meanings. One is expressing how America is in a state of violence but it is constantly ignoring the trauma and mess with pop culture. It can also be thought of how African-Americans enjoy the dance and art culture to deal with the constant harassment in their life.

The camera switches to a different scene of where there are ten African-Americans dressed up in church gowns, preaching along to the lyrics when Childish Gambino dances in and stops when he reaches the front of the frame. Then he is handed an AK-47 and shoots all ten of the church people, leaving them on the ground. Once again the gun is handed off in a red cloth with care.

Chaos and violence begins again as Childish Gambino walks away and the frame changes setting. He joins up with the school children again and they begin to dance but with a style that seems to be more modern like. People in the background are seen running and being chased with weapons or by police officers, standing on top of cars, and one man even falls off the upper level of the warehouse.

In the lyrics, Childish Gambino sings, “This a celly/That’s a tool,” and the camera pans to show a couple of children on the upper level either filming the chaos or just on their phones the whole time. This can be interpreted as how our lives are so consumed by cell phones and technology that we are just ignoring the problems in the country.

The school children continue to dance with him and a white horse with a black figure riding on its back. This horse can be a reflection of the Book of Revelation on The New Testament in the Bible which is apart of the Four Horsemen of the Apocalypse.

Childish Gambino then pulls back his arms and puts it forward as if it is a gun. The music stops for seventeen seconds and faint screams can be heard in the background. Then he pulls out a joint, lights it, and walks away.

The seventeen seconds was a small moment of respect for the seventeen students that were killed in the school shooting at Marjory Stoneman Douglas High School in Parkland, Florida. Childish Gambino lighting up the joint shows how some Americans use drugs deal with serious issues in the country.

After the silence is over, Childish Gambino walks into an area with cars that are models from the ‘80s and ‘90s. Using old cars rather than new flashy cars that most rappers use in their music videos shows that not everyone can afford these type of cars. It could also serve as commentary on America’s obsession with capitalist consumption.

The final scenes show Childish Gambino with a crazed and terrified face to be running through the warehouse being chased by a mob of people. This scene closely resembles the scene in Get Out where African Americans get trap in a mental prison called “The Sunken Place.” Get Out star Daniel Kaluuya introduced the song for Childish Gambino when he performed it on Saturday Night Live.

Without the visuals, the song itself is very basic but still is equally powerful to demonstrate his feelings. While it is an upbeat song, it speaks volumes about the issues in America.

I personally believe that the way that Childish Gambino expresses his thoughts and feelings about what he thinks what represents America is an efficient and correct reflection of how the country is behaving.

No matter how you take this video, this is America.

One Response to ““This is America”: a brutally honest reflection of society (Review)” 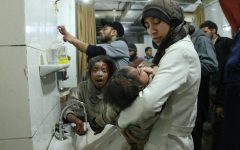 A premiere event: ‘The Cave’ to be shown at Carlisle 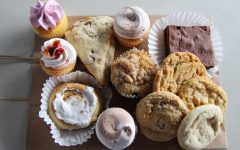 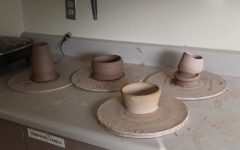 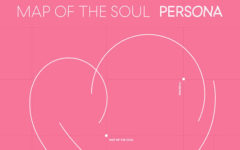 A ‘map’ to the charts: BTS releases new album 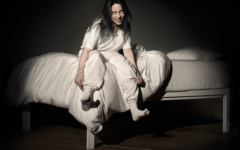 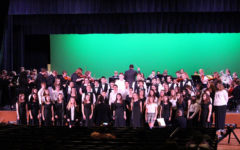 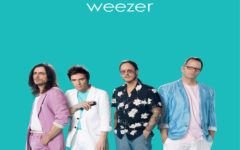 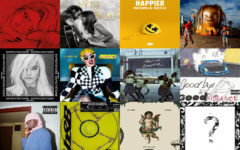