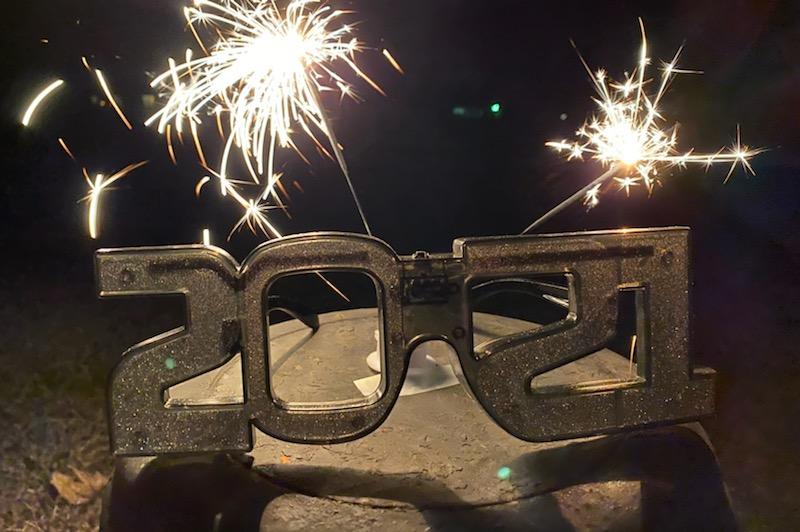 BRIGHT FUTURE: While 2020 had its challenges, we're looking ahead to some exciting things to come this year.

2021 is the year that everyone has been wishing for and now that it is finally here, it is needless to say that there is an immense relief to finally proclaim “Death to 2020”. So much has happened in the past twelve months in which most of the year has been made up of memories that the world will always remember and yet, will try so hard to forget. From murder hornets, wildfires, the loss of world icons and the pandemic, who wouldn’t want to forget 2020?

Luckily now we can! With the new year now celebrated, there is only the hope that 2021 will be better than the previously quarantine-spent year. However, as the past few weeks of January have shown change may not be as immediate as most had hoped for as the political and virus dominating reign over the media continues. Though no matter how long it takes for things to go back to normal, 2021 still has some exciting new things to look forward to, to keep you motivated and to keep this year better than 2020!

After Carlisle High School was shut down earlier in the year students have been stuck at home to learn remotely on zooms. Now with the second semester ending and the winter holidays over, students are reluctant to come back to school life. However, with the proposition of being back to in-school classes, it provides some much-needed motivation for students who are excited to see their friends again, while teachers are eager to be back in their classrooms. For Carlisle students, the return to school in a Tier 2 fashion has lifted many spirits and has brought back some much-needed normality back into the lives of the student body.

As for winter sports, practices have finally commenced leading to the first games of the season for CHS athletes. Although the season has been cut short, students feel lucky to be able to play their chosen sport this year without the pandemic shutting it down.

Though your New Year’s resolution might be to get up off the couch and out of bed, 2021 has a plethora of new movies coming to the big screens.

As your weekends become filled with trips back to the movie theaters, as they start to reopen, make sure to watch out for Marvel’s Black Widow starring Scarlett Johansen, Spider Man 3 where the spider verses are meant to collide, and the new motion picture Dune starring Zendaya and Timothee Chalamet. Some other much-awaited films include; Disney’s Raya and the Last Dragon representing Southeast Asian culture, The Quiet Place Part II, and villain sequels to The Suicide Squad and other action-packed films such as Mission Impossible and Fast and Furious.

Remakes are also continuing throughout the movie industry as both the lovable classic West Side Story and Saved by the Bell are being recreated and released in 2021. And for those who enjoy a good theater production and have missed out on all your favorite musicals, Broadway is said to reopen soon with productions happening at the latest in fall 2021.

Disney is also said to open up as the parks reopen this year inviting guests to celebrate their 50th anniversary as new rides and parks are revealed in celebration. Although resorts are still closed, Disney is reopening their gates to the public with new rides such as a new Ratatouille themed ride and restaurant as well as a Guardians of the Galaxy hybrid coaster and a Moana themed water maze.

Disney surprised fans in 2020 with their addition of Disney+ to their franchise and now in 2021 Disney+ is only planned to grow as more and more new films are meant to premiere including the addition of a new Disney princess.

With multiple space expeditions completed during the last few months of 2020, 2021 is geared up to continue missions already in orbit while also paving the way for new expeditions bound to expand the world’s knowledge of the solar system.

These exciting new plans will introduce new rockets, use robots and even asteroids to further space travel, the most notable being SpaceX’s prepared launch and landing with the goal of completing a successful Mars landing along with the efforts of two other countries. These missions have already begun at the start of January, and have continued off the launches into space that occurred during July 2020. With Covid-19 making missions harder, the new year provides hope that getting astronauts and rockets back into space or back home will be easier as more of the ‘unknown’ can be discovered within the year 2021.

Those who survived 2020 on The Masked Singer, The Voice, and American Idol, will love the return of Name that Tune, coming in 2021, along with the worldwide singing competition Eurovision and the return of live concerts.

Eurovision is said to start on Thursday, February 18, and is to end in early March in Rotterdam, the Netherlands, bringing about talent from all over the world. While 2020 seemed to wipe out all chances of concerts a few tours and live shows are planned to happen during the summer of 2021 though virtual concerts are still streaming and social limitations are still in place. In terms of blasting your radio at home in the car, artists like Taylor Swift and her new album Evermore,  are ready to release new music this year including singers Adele, Drake, Billie Eilish, Cardi B. and more.

The Summer Olympics is one of the world’s biggest ways to show unity and togetherness. This year athletes will be heading to Tokyo, Japan in July to compete in a Covid-friendly and safe competition after being postponed in 2020.

With the concern for the pandemic dampening social events such as sitting in stadiums and cheering on your favorite football team, the Super Bowl is said to return and in full force, as fans are invited back to support their teams, though at six feet apart. While both teams are still to be determined the games should be held at Tampa, Florida at the Raymond James Stadium with a much-awaited have time performance by The Weekend.

Change is coming and it’s coming quick, as the world is thrust into an evolving and innovative time there are many things to look forward to in 2021. After conflicts involving the reality of Global Warming, pollution and deforestation European nations are taking action in which the ban of single use plastics is finally becoming a reality. Efforts for the same goal are also seen in Canada and in the U.S. in which Delaware has already initiated a plastic bag ban that had started January 1, 2021.

At the Dubai Exhibition Centre, a culturally aware museum has released their new theme of 2021 in which their exhibits will display cultural aspects of all nations around the world to inspire inclusiveness and appreciation of human differences. After the event being postponed in 2020 due to the pandemic, the Expo site will now reopen in October of 2021 bleeding into the year 2022 their theme being “Connecting Minds, Creating the Future”.

With a new year comes new possibilities and as cheesy as that saying goes the world is in dire need of some change now that it is in the aftermath of 2020.

2021 holds promise that things will get better from here on out as many have prayed for while creating new possibilities to keep people excited and out of their quarantine slum. The main message of this year is to keep moving forward as things return to normal. Though if 2021 isn’t all that it was made out to be then at least there are some new ways to entertain and chances to go exploring to keep the rest of the school year more bearable. Just keep in mind that 2020 is finally over!