A bit of both worlds: Student-athletes participate in Shakespeare 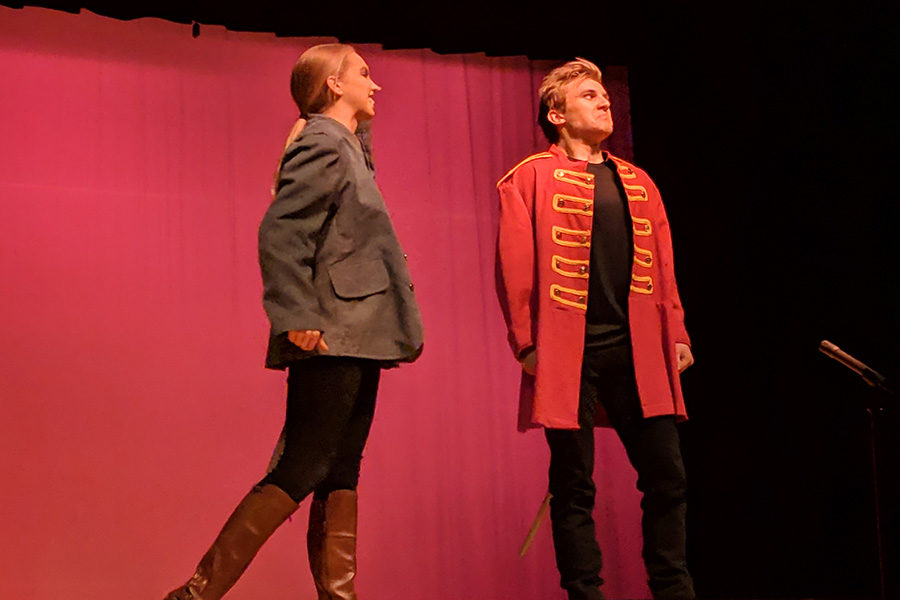 William Shakespeare never ran cross country, but CHS students can while also bringing his works to life. CHS has a wide variety of students who not only take part in athletic events but also performs in the arts. While both activities may appear strenuous to an athlete’s schedule, they are still able to prosper.

“I joined [Page to Stage] this year as the elective, and I decided to join since I really enjoy acting,” said Olivia Renault, a sophomore field hockey player at CHS. “With sports, though, it can be impossible to find the time [to do both].”

CHS athletes who are also performers usually lead a timely schedule. Although it may seem overwhelming, students are able to take away good characteristics from their experiences. Time management could be quite troubling for some, but the chance to challenge themselves allows growth to occur.

“I would absolutely recommend trying it,” Renault said. “As far as scheduling goes, the teachers and coaches are both generally understanding if you have to miss a practice or two from either side. Just be sure to be clear with both of them about your time commitment.”

Maintaining contact with coaches or teachers could relieve unwanted stress when trying to do both. When information is being shared with them, they are typically more considerate of a student’s schedule.

Being involved in both types of activities can also boost a college resume because it shows a student’s involvement in the school as well. Colleges like students who participate in many different activities that help their high school. If a college is comparing two students, the student with the most extracurricular activities, school involvement, and better grades would get the favorable pick or a larger scholarship.

“I think it would’ve made me feel a bit incomplete,” said Bennett Solomon, a sophomore cross country runner at CHS. “Athletics are extraordinarily important. It’s important to be well rounded and I think if I had not gotten into acting I would’ve lost that side of high school.”

Students also have the chance to be exposed to new people and situations, resulting in acquiring many friend groups who may bring out different sides of students.

“Well I won’t lie and say [managing both] isn’t stressful sometimes or a lot of the time, but they’ve done a lot for me,” said Solomon. “They’ve given me two different and wonderful friend groups and more than a few great experiences, not to mention two different skills that I enjoy a whole lot.”

While student-athletes are used to their normal training routines, choosing to take a chance with a new hobby could be advantageous for a student. By embracing a new activity, it could help them realize they are more than just the sport they play.

“I wanted to take a risk and try something I had never done before,” said Nick Bowman, a senior at CHS who plays soccer and is an active member of the Shakespeare troupe.

Performing on stage might not be ideal, but by being able to be open to a new avocation could help student-athletes learn who they are. Therefore a new hobby can promote new opportunities for many students.

Auditions for the spring Shakespeare production of an adaptation of Love’s Labours Lost will be held on Sunday, Feb 2 from 1-4 in the Swartz Auditorium.