Activism and autism: Why Greta Thunberg is important to people on the spectrum (Editorial) 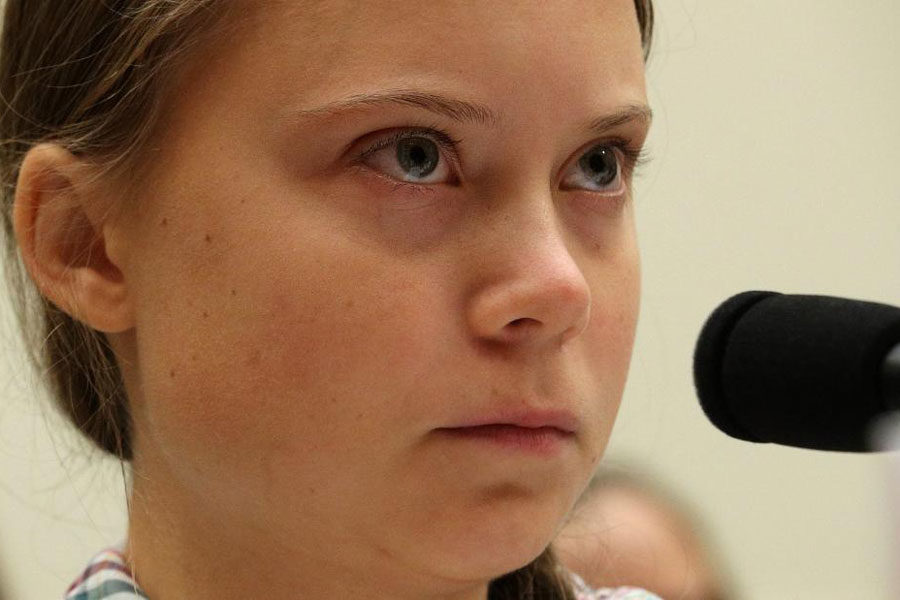 Greta Thunberg testifies in front of the US Congress in mid-September. The sixteen-year-old activist from Sweden has been making headlines for the past six months for her strong stance on climate awareness.

One of the biggest names in environmentalism today is a 16-year-old autistic girl, and I, along with other people on the autism spectrum, could not be more excited about it.

Research done into the subject shows that representation in the media matters: seeing a diverse group of people represented in both fictional mediums and in the news helps fight against stereotyping and empowers members of minority groups. In the modern era, new role models for people of a variety of different backgrounds are found all over the place: in politics, in entertainment, in academia, and nearly every other field. This is really fantastic, and I am excited to see the world grow even more inclusive over the next several decades.

That being said, I believe that there are certain minority groups that need access to far more role models than they currently have.  Disabled people, especially those on the autism spectrum, need access to relatable and empowering figures, especially ones that use their differences as an asset.

As someone on the autism spectrum, I am grateful for their success and for the paths they have created for us younger autistic people. That being said, these role models are not nearly as accessible for members of the younger generations; we did not grow up in a time where they dominated headlines and are more like pillars of pop culture than modern-day icons.  This is even more apparent for young women on the spectrum, such as myself, who are searching for role models who look and sound like us.

It makes sense that most famous autistic people are men: according to the American Academy of Child and Adolescent Psychiatry, males outnumber females on the autism spectrum at a 3:1 ratio. However, autistic women do exist in our society, and, much like young men on the spectrum, deserve strong role models, both in fiction and in real life.

This is why Greta Thunberg, the 16-year-old climate activist from Sweden, is so important to autistic people, especially women, across the globe. She is accessible to young people, being young herself, and shows us how the unique experiences of having an autism spectrum disorder can be used to help other people.

Thunberg is blunt and to the point regarding her message on climate change, and rarely holds back on how she really feels, even if it means sharing harsh words with some of the most powerful people on the planet. Her speech at the United Nations on September 23 directly called out politicians from across the world for not doing enough to stop climate change and warned them that if they refused to act regarding carbon emissions, the young people of the world would “never forgive” them.

People with autism, especially those who were diagnosed with Asperger’s syndrome, are often criticized for their blunt nature. Neurotypical people, or those outside of the spectrum, often misunderstand the intentions of autistic people: a response one may see as being arrogant or uncaring may not be intended as such at all by the autistic speaker.

Thunberg’s bluntness regarding climate change shows both those on the spectrum and those outside of it that there is a time and place for this form of straightforward speak. Her words come from a place of caring and concern about the environment, and for the people who live on planet Earth. Those of us who struggle with sounding “arrogant,” or just being too blunt,  are reminded by her that at the end of the day, sometimes being direct is the best way to encourage change or show that we care.

Thunberg’s passion for climate change shows the power of the special interest. Many autistic people have “special interests,” or intense, focused interests that drive much of their life, including their careers, studies, and social lives. These interests can be extremely varied: some are fascinated by memorabilia of a certain TV show or other cultural landmarks, while others may be interested in a certain period of history or social cause.

While Thunberg has not specifically stated that environmental activism is her special interest, it is clear that she is devoted to the cause with an intensity seen in only a couple of other activists. Her dedication to her school strike, which has lasted over a year, is incredible. She practices what she preaches outside of her activism, even when it is inconvenient for her; she and her family are vegans, due to the impact of livestock farming on the environment, and refuse to take airplanes when traveling anywhere. Thunberg has thrown herself into her activism in a way rarely seen, but in a way understood by other autistic people.

Every time I see Greta Thunberg refer to her autism as a superpower, I am reminded that just because I, and other people like me, are different from other people, that does not mean that our differences make us unable to contribute to society. She teaches us to be brave, to embrace our differences, and to use our strengths to change the world.

Disclaimer: Articles designated as “Editorial” represent the views and opinions of the author, not the 2019-2020 Periscope staff, CHS/CASD administration, or the CHS student body.